by zimsentinel
in Investigative Reporting
0 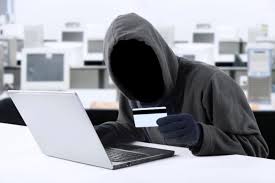 A serial fraudster is expected to appear in court soon on allegations of defrauding a former civil servant of his $26 000 pension that was in his CABS savings account.

The alleged conman identified as Tapera masqueraded as an employee from the Central African Building Society (CABS)and withdrew a sum of $26 612.97 from 54 year old complainant Reuben Mpofu’s account.

Mpofu a former general hand with the Zimbabwe Republic Police received an on his Econet line supposedly from CABS bank, which alerted him that he was about to activate the app on a new device, but he ignored it. He later received the same message on the same day.

Upon receiving the second message, Mpofu immediately was called by the suspect ordering him to respond to the message that was asking him to correct his account.

Mpofu supplied the suspect with the code thinking that he was a CABS employee.

A few minutes after Mpofu gave the code, he received a notification that $10 000 had been debited from his account. In response, Mpofu called the suspect who responded that the matter was being.

By day end, his account had only a balance of $3,20, prompting him to physically visit his banks’ branch.

As Mpofu stood in the queue to be served, the suspect was said to have called him again and pleaded with him not to inquire with the bank as the anomaly was being fixed fixed.

Police are currently investigating the matter with assistance from the suspect.

Youth Organisation plough back to the community