Although in Zimbabwe the informal economy plays a significant role in income generation, it continues to thrive in the context of high unemployment rates, extreme poverty, gender inequality and unwarranted work.

The country’s endowment with vast mineral deposits has made its mining sector to become one of the sectors constituting the highest rate of the informal economy.

According to a 2007 to 2012 Global Mercury Project research by the United Nations Industrial Development Organisation (UNIDO) revealed that Zimbabwe had an estimated 500 000 artisanal gold miners and the number is expected to have increased over the years. 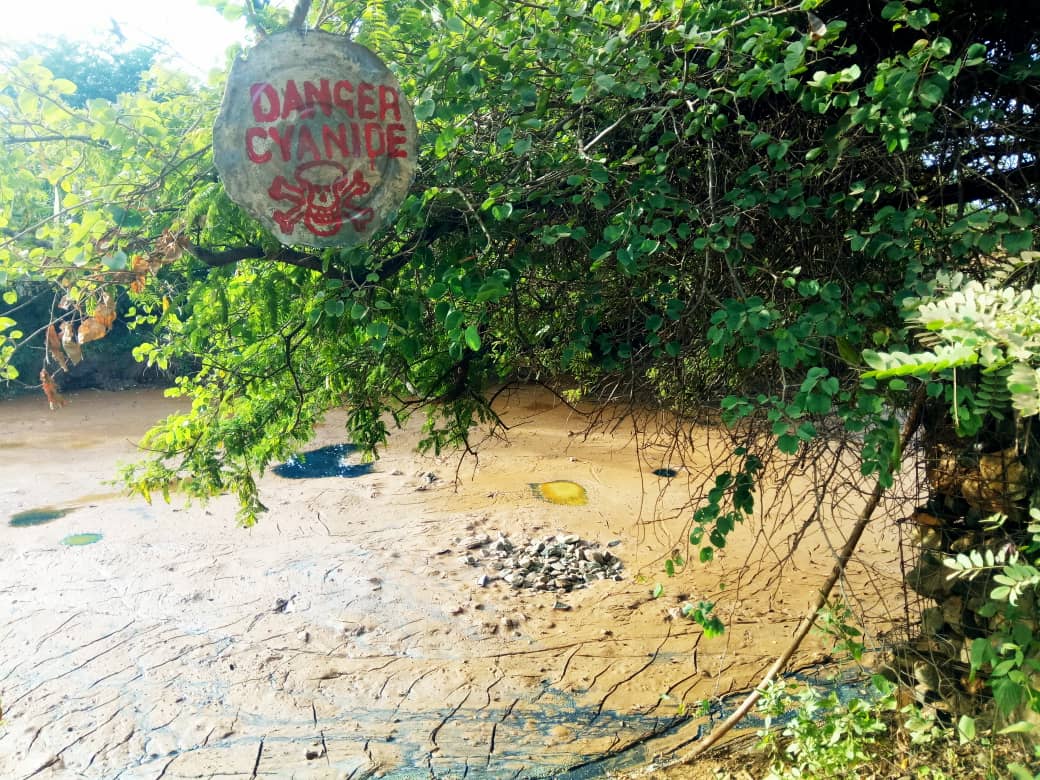 Zimbabwe’s massive gold reserves have given rise to artisanal gold mining activities, whose unplanned, unregulated and unmanaged use of mercury in gold processing has left a legacy of severe adverse and irreversible environmental and health impacts.

Both artisanal and small scale mining in the country’s rural areas continue to grow due to the relative ease of entry and low requirements for education, skills, technology and capital.

Informality imposes significant risks and vulnerability of economic and social tremors such as inadequate safety measures on people or workers’ health and on the environment, as it usually involves operating with limited or without legal mining title or valid contract with the title holder, which can result in mining misconduct. Hence, there is need for laws that guide the sector’s informal economy.

In Zimbabwe there is the Zimbabwe Mines and Minerals Act and the Environmental Management Act that govern both mining and the maintenance or protection of the environment with an aim to ensure environmental friendly mining.

Part three and four of the Zimbabwe Mines and Minerals Act provides information concerning the registration of approved mining prospects as well as the acquisition and registration of mining rights, while the Environmental Management Act states that, any person who imports, transports, stores or sells any hazardous substance must have a license for each purpose. 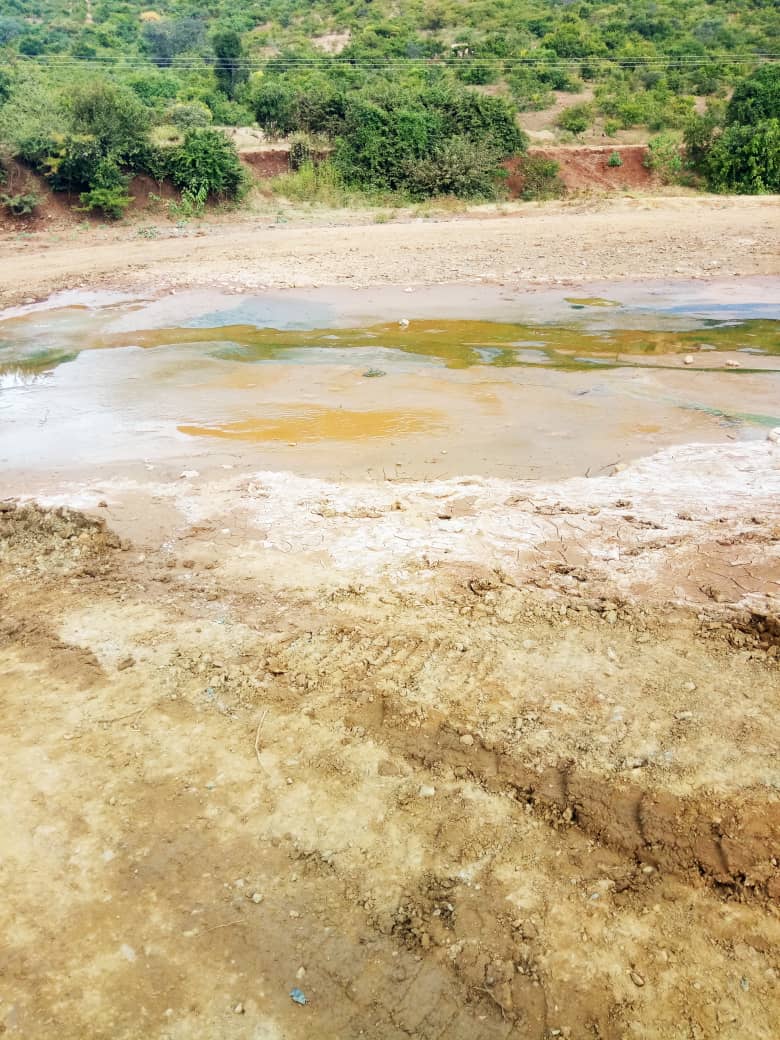 However, these laws are not being fully used to monitor artisanal and small scale miners in the country’s rural areas, as most of them mine and use harzadous mining chemicals without licenses due to “…the corruption involved in the country’s prolonged mining licensing process, which at times requires a lot of money,” according to one of the interviewed local mine owners in the area.

This has created hazardous environments in Mudzi’s small towns, for instance, in Makaha. Makaha is one of Zimbabwe’s artisanal gold mining hotspots with a high rate prevalence of intensive small-scale and artisanal mining by illegal gold poachers.

Over the years the area has been experiencing serious land degradation, air and land pollution from the excessive digging of tunnels in roads and mountains, sweeping of roads by illegal gold poachers, emission of gases during the processing of gold in boiler tanks and increased vending due to the availability of miners who are the vendors’ most common customers.

Artisanal and small scale gold mining related mercury contamination in Mudzi is contributing to serious health and ecological impacts and it has raised concern among community members and local environmentalists.

“Increased artisanal and small scale mining in Makaha has led to the violation of quite a number of environmental laws which are in line sustainable development goals 6, 13, 14 and 15. People, animals and plants are no longer safe as the borehole water they use is usually contaminated with dangerous chemicals which are pumped from mines into rivers and on the land’s surface areas. Also the intensive cutting down of trees is resulting in land degradation and is affecting the area’s weather patterns, causing the area to become extremely hot during the summer season,” said Ruramisai Marira a local environmentalist.

The area now suffers from intense land degradation and emission of poisonous chemicals which according the Environmental Management Agency (EMA) has exposed humans, animals and plants to great danger.

“The problem that we have in Makaha is that mining is not regulated it is more of a chikorokoza being done at household level and such type of mining can be difficult to regulate as things are done haphazardly… You would find that there are many open pits and the river system is being destroyed, it is no longer stable because of kuvonga…Also the irresponsible use of chemicals such as mecury and cyanide are affecting people’s health and have ripple effects when it comes to the fauna and flora of the area. So we urge local miners to formalise and operate under standardized operating procedures,” said one of EMA’s agents who operate in Mudzi.

Environmental protection is very important as it covers quite a number of issues that are in line with planet Sustainable Development Goals (SDGs) 13, 14 and 15 which deal with climate action, life below water and life on land respectively. Harming the environment can also be a serious threat to people’s rights to good health and wellbeing and clean water and sanitation.

Sustainable Development Goals are a collection of 17 interlinked global goals designed to be a “blueprint to achieve a better and more sustainable future for all”. They were adopted by all United Nations member states formerly in September 2015, for the period 2016 to 2030 to address the overwhelming empirical and scientific evidence that the world needs a radically more sustainable approach.

The 2030 Agenda provides a shared blueprint for peace and prosperity for people and the planet, now and into the future. At its heart are the 17 Sustainable Development Goals (SDGs), which are an urgent call for action by all countries – developed and developing – in a global partnership. They recognize that ending poverty and other deprivations must go hand-in-hand with strategies that improve health and education, reduce inequality, and spur economic growth – all while tackling climate change and working to preserve our oceans and forests.

This milestone event, organized around the theme “Delivering on the environmental dimension of the 2030 Agenda for Sustainable Development”, was aimed at driving environmental progress on sustainable development and tackling critical issues such as pollution, food waste, climate change, illegal trade in wildlife as well as sustainable production and consumption.

The UNEA-2 was an opportunity to discuss how to address some of the most pressing challenges of the world. One of the topics in focus was the Small Islands Developing States (SIDS), which face serious environmental issues such as land degradation, coastal erosion, drought, biodiversity loss as well as natural disasters.

DSDG plays a key role in evaluating the United Nations system wide implementation of the 2030 Agenda and on advocating for activities that relate to the SDGs. It aims at engaging all stakeholders into a strong commitment and broad ownership of the SDGs.

“We deploy police officers who will be static, we call it police visibility and their presence in a certain point automatically guarantees safety to the area’s environment. We also have additional manpower from the support unit members these ones seize unlicensed gold miners, machinery is also taken from these unlicensed gold miners and confisticated at Makosa. We also have a section in our organization of police officers who will be undercover wearing civilian attire when they mingle with people solving cases and ensuring reduction of crime in mining,” one of the local police officers explained.

As a country we should be working at embracing mercury alternatives such as the borax method and the gravitation methods which proved to be equally efficient when they were used as demonstrations during the Global Mercury Project which ran from 2007 to 2012 in Kadoma.

Provision of clean water to boost learning environment in Makaha

Provision of clean water to boost learning environment in Makaha