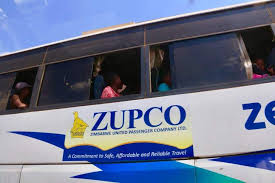 The Zimbabwe United Passenger Company (Zupco) starting next month would only be ferrying passengers who are in possession of tap cards, as the company seeks to curtail revenue leakages and improve its services to urban commuters.

The cashless tap and go cards are pre-funded thus making sure that the transport utility has its revenue in advance and its conductors will no longer hold cash. Tap and go cards are predominantly used in developed metropolitans like Johannesburg and Cape Town in South Africa and most cities in western Europe.

A Zupco inspector said all commuters will pay their bus fares in advance and that it would be an advantage to the organisation as the money paid will go straight into the company’s account.

“Our tap cards range from $10 to $20. So when one pays bus fare it will instantly indicate in the company’s account that you have paid, because we are suspicious that some acts of embezzlement are taking place with our conductors,’’ said Sibanda an inspector at Budiriro rank, adding, “We are advising you all passengers to buy their tap cards so that it won’t be difficult for them as currently the tap card holders are given first to access travel on the buses.’’

However some commuters are worried that the tap card system was discriminatory as they did not have the $20 cash to buy or pre-load the cards.

“I cannot afford it. Each day I have to carry $2 with me, which caters for my transport as I cannot raise $,’’ said a Mrs Munetsi.