by zimsentinel
in Community Focus, News
0 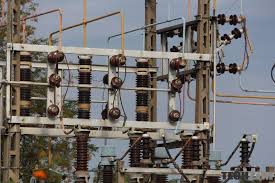 The 18-hour electricity cuts by Zesa have caused many urban residents to look for cheap alternative sources of energy, further pushing people to resort to firewood resulting in large indiscriminate cutting of trees by firewood sellers.

Many households in have resorted to using firewood, which many city dwellers had long associated with staying in the rural areas which largely remain outside the Zesa power grid. In high density suburbs like Glen Norah, Highfield and Glenview the most common thing one can notice from a distant is smoke.

“This way of living we last experience it back then. Firewood has become a way of life. To have a meal you have to make fire,’’ said Mrs Gono of Glen Norah.

Another resident, Simon, concured saying: “We are now into a new era where firewood is on demand in towns. With these continuous power cuts we have taken advantage of the situation to make an extra dollar. I woke up at 4am every morning heading to a farm in Beatrice to cut trees for firewood for resell.’’

A certain firewood trader said they come from as far as Mrehwa and Domboshava to sell to city residents who are struggling to live without electricity. “Demand for firewood has increased and is still on rise. When we are here, our associates back home in the rural areas would be busy cutting more firewood to supply this burgeoning market.”

This new trend is having a devastating effect on the environment and ecosystems. The Environmental Management Agency of Zimbabwe said it was working with the police to stop the destruction of forests.

The demand for firewood in Zimbabwe has also been largely due to new tobacco farmers who are using firewood to cure their tobacco. This has contributed to the dwindling natural forests around the farming areas.

EMA has in the past been engaged in awareness campaigns particularly in the farming community that new farmers should create their own plantation of the fast growing eucalyptus trees for use in their tobacco barns during the curing season.