by zimsentinel
in Opinion & Analysis
0 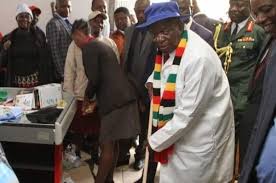 When President Emmerson Mnangagwa came onto the scene denouncing littering and declaring that every first Friday of the month is a national clean up day and would bring  a litter free Harare CBD, I was swayed.

After the declaration, the majority of Zimbabweans drawn from corporate bodies have been religiously tiding up the streets and the immediate environs of the places they operate from on the selected day.  I and many others was convinced that it was only a matter of time before Harare claimed back its Sunshine City status.

The determination by Mnangagwa to make Zimbabwe one of the cleanest countries in the world was amazing and the media blitz extolling the cleanup campaign especially on the ZTV made one believe Harare would never be a mess again.

On December 5, 2018, Mnangagwa launched the National Environment Cleaning Day and declared that every first Friday of the month was a national clean-up day.

It’s almost a year now since Mnanagagwa launched his clean-up campaign, but it’s hard to see the results.  As the President, his associates and organisations continue to stand up for the photo-ops, littering in Harare seems to be on the surge.

As I was walk in the Harare CBD, there was no single day that I saw an empty skip bin; all of them are loaded with typhoid smelling garbage. There are skip bins at Rezende and Copa Cabana ranks and the other one at the corner Julius Nyerere and Kenneth Kaunda, which I realise are collected maybe once every week if not a fortnight, yet the CBD is full of people everyday throwing garbage. The council seems to be keeping a closed eye on the eyesore waiting for the first Friday of the month.

It should be noted that cleanup campaigns only, even by those in high offices is never enough to stop littering as evidenced by the filthy state of the cleaned-up areas despite that it was being led by the President.

The government and private companies working with it on the clean-up should not use it as a marketing gimmicks but what is needed is to make everyone understand why littering is bad and give them the knowledge that cleanliness is not for the council but for them to live in a healthy environment as the consequences of dirty environment will backfire on them through diseases such as Cholera.

Apart from the mere cleanup campaigns, the government should also employ fulltime cleaners and those that maintains the roads and should also not wait for the clean up to collect the litter, collecting litter should become a lifestyle, litter should be collected every day.

Today Harare CBD resembles one huge garbage dumpsite and littering seems to have become people’s lifestyles as it has become normal among the citizens. I have come to realise that there are a number of people that do not know that littering is an offense that carries a penalty-even some of the police officers.

Littering has become a habit among commuters and vendors, as they are used to working around places covered in litter to the extent that city cleaners ended-up hesitating to do their work.

Few days after the cleanup campaign, the city council cleaners are also caught up in the excitement and could be seen each morning of that week cleaning the city and the following weeks they are no longer as diligent and the areas will be back to their filthy state.

Zimbabwe should copy from the Rwandese government and come up with an effective waste management strategy rather than wasting time doing helpless cleanup campaigns.