The New York Times reported that President Trump’s addiction to his phones could be hurting national security, with Chinese spies allegedly listening in on his mobile calls to try to glean some insight into upcoming American policy.

Trump responded this morning in typical fashion, tweeting that the story is “sooo wrong” he didn’t have time to correct it and that he only has a single government-issued cellphone that is “seldom used.” Those messages were sent via the Twitter app for the iPhone, of course.

Now, Trump is not necessarily contradicting himself. As usual, there’s a lack of clarity to his tweets that could be interpreted in different ways. The Times story claims that he has three cellphones: two with limited functionality to prevent eavesdropping, and one that is “no different from hundreds of millions of iPhones in use around the world.” So when Trump says that he has “only one seldom used government cell phone,” he might just mean that he doesn’t have two of them, in addition to his unsecured iPhone.

As usual, though, it’s impossible to know for sure, and the more obvious message is that Trump is so blissfully out of touch with his own actions that he really does think he’s a light cellphone user (despite tweeting pretty much constantly about his rallies, policies, and, more frequently, his grudges).

As the NYT reports, administration officials who are worried about Trump giving away classified information are mollified by the fact that the president “rarely digs into the details of the intelligence he is shown and is not well versed in the operational specifics of military or covert activities.” In other words: you can’t spill secrets you don’t know in the first place 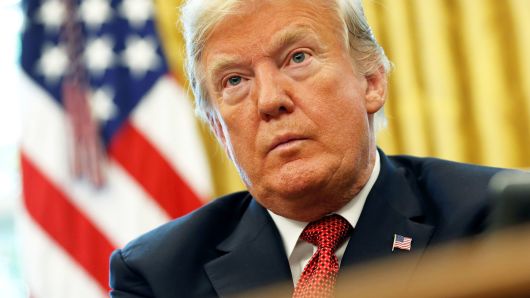