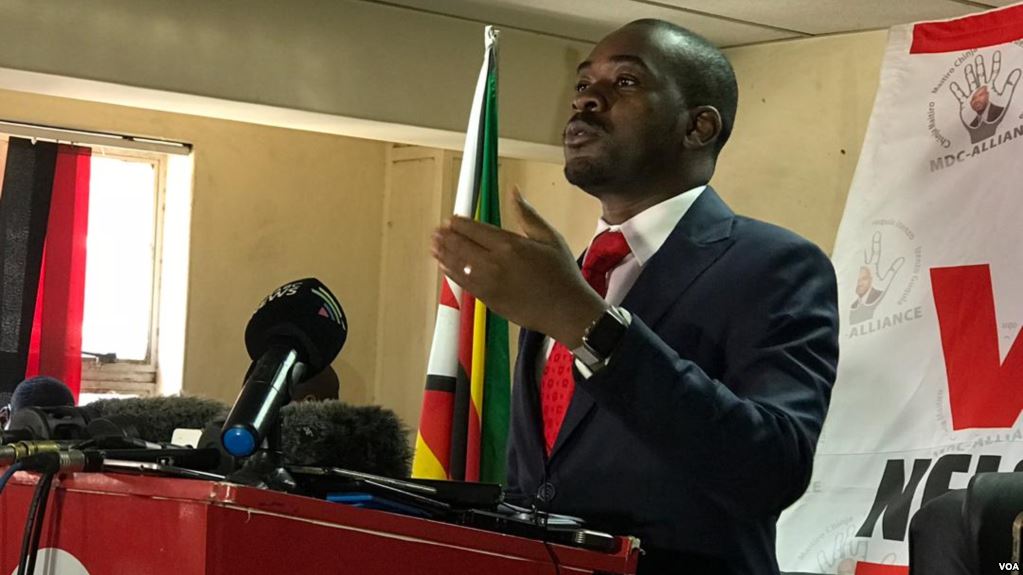 The leader of the Movement for Democratic Change (MDC) Nelson Chamisa believes dialogue is the solution for the economic and political problems Zimbabwe is facing.

Addressing a press conference at Morgan Richard Tsvangirai house MDC President Chamisa said, “We have faith that dialogue will improve the nation and through that there will be a big economic and political turnaround, in order to be successful we need to have a conversation because conversations build a country”

“There should be a common approach to international isolation, if Mr Mnangagwa goes out and say things and I also go and we will be saying a different tune, that discord does not help a nation at all, we need to have a chorus of the way forward around reforms, around curing the issues of ZIDERA and reversing the sanctions that are on the country” expressed the MDC President

The 40 year old opposition president said, “for a nation to move forward the issues in the country must be addressed outside the borders of political parties. Last but not least the economic situation in the country must be addressed, our people are suffering, poverty knows no party, and poverty attacks both Zanu PF and MDC supporters, the stomach do not have a party card and we need to resolve those issues beyond the partisan approach” he explained.

Chamisa further on dismissed the case that he wants to be in the inclusive government, “I have also noticed that there is a problem that people think I want to be in the inclusive government, far from it, we need a national transitional authority, that transitional authority is the one that is going to lay the framework to follow these steps so that we resolve these issues” he said.