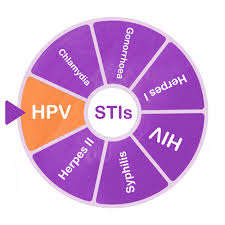 Hopley, an informal settlement on the south-western corner of Harare, has recorded an upsurge of sexual transmitted infections (STIs) in the past six months mainly in the 16 to 25 years age group, confirming that many youths are engaging in unprotected sex despite the HIV/Aids scourge.

The shocking statistics were confirmed by Hopley Clinic staff who said they had noticed a worrying trend of many youths coming to be treated STIs. The clinic since January has treated more than 60 patients since January 2019, aged between 16 and 25.

A nurse at the clinic, a Mr Ndlovu, said: “This time’s recordings shows there is an increase in the number of infected youths who came here for medication as compared to the previous period. Largest number of patients was treated syphilis and HIV/AIDS.’’

“What worries us much is the age of patients. Some are still in school, others are school leavers and dropouts who are indulging in unprotected sex,” he added.

The surge in STI has been attributed to a number of factors including high density, poverty and the general economic hardships that are pushing many poor people to seek residence in the slum.

Banda said, “Poverty is the greatest factor pushing young people to engage in sexual relationships for monetary rewards. Many of the young or puberty girls are coming from extremely poor families and are engaged in vending at beerhalls where they are preyed on by adults with cash to spare.”

The calamity is not limited to young girls alone as young boys are also indulging in sex, especially under the influence of drugs and cheap spirits they imbibe.

One of the young boys in the community, who identified himself as John said: “From my meagre vending takings I have hired prostitutes for sex.  I have been treated of an STI twice now and I now fear nothing.”

He added that: “When I first got infected with syphilis, I was treated using traditional herbs but I was not healed forcing me to visit the clinic. It is embarrassing to be infected by an STI and one usually tries to hide it.”

Many parents in the community are of the view that the STI scourge can eliminated if their children have somehwre to spend their time learning new life skills and awareness campaigns by NGOs on the dangers of STIs.