by zimsentinel
in Civil society
0 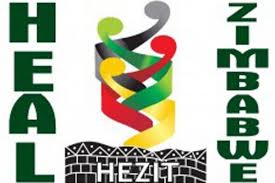 The arrests come in the wake of a fabricated story published in the daily state media, the Herald newspaper last week. The story implicated the four arrested in a plot to unseat the government by participating in regime change training in Prague, Czech Republic. Heal Zimbabwe is greatly worried over the continued targeting of CSOs by government and views the arrest as a move that is aimed at silencing civic voices in democratic processes. This approach by government further sets government on a collision course with CSOs, a scenario that defeats the critical role played by CSOs in being the government watchdog. . This role helps in monitoring government activities and holding it to account to citizens.

The arrest of the aforementioned CSO leaders comes at a time when courts are inundated by pending cases of many civic leaders who were targeted by the state security agents during the January 2019 fuel prices protests. A case in point is that of Heal Zimbabwe Director, Rashid Mahiya’s case before the courts which is still pending. Mahiya stands accused of subverting a constitutionally elected government during the January 2019 protests.

In light of this, Heal Zimbabwe implores government to create a conducive environment for the enjoyment of fundamental human rights and freedoms that are exclusively provided for in the Bill of Rights (Chapter 4 of the constitution). Added to this, the government must also stop criminalizing the work of CSOs as their contribution to the attainment of democracy in any given society is key.

Judgment: An Existential Threat to the Opposition