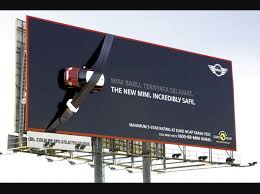 Harare City Council has given owners of unregistered billboards 48 hours to remove their roadside signage, which are increasing across the town.

City of Harare said in a statement, they will not hesitate to decimate the roadside billboards when the timeline lapses.

“City of Harare has noted with concern the mushrooming of illegal billboards and illegal directional signage on Council road verges.

According to Harare (Control of Advertising Signs) By Laws, 1981, it is illegal to erect billboards or any structure within the City of Harare area of jurisdiction without a permit and approved plans from Council. Such signs will be pulled down by Council,” the statement read.

“City of Harare will remove the said illegal signage, billboards or wall murals and charge the removal cost incurred to the affected entities. Any representations or objections regarding this matter should reach the Director of Works within the stated time frames in this notice,” the statement added.

Business owners and private learning institutions are the top group largely visible in the erection of roadside advertising signage which the local authority has branded as an eye sore.