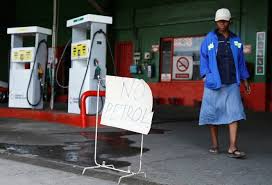 Zimbabwe Energy Regulating Authority (Zera) has closed Maps Fuel Station on allegations for refusing to accept other forms of payment other than cash.

It had been reported that Maps was refusing to sell fuel to consumers with alternative payment such as EcoCash and swipe, citing “exorbitant” service charges which in turn affect their operations.

In a press statement, Zera  said Maps Fuel station’s possible  breach of licence condition had led to its immediate shutdown as it was going against the agreement between Zera and service stations.

“It is a licenscing condition that all forms of payment should be accepted from customers at all retail sites.”

Government previously warned fuel retailers against such misconducts, however, some service stations continue to demand cash or sell their products to the parallel market.