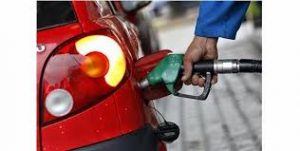 A distraught Desiderius Nkomo (29) says he does not understand why he was fired and his efforst to have the dismissal reversed have been futile even after engaging his labour union.

Nkomo denies that he had a short on the day in particular.

“On this day, Wednesday, I did not do any electronic transaction which might require a receipt,” he said.

Nkomo said he was duped by his supervisor to write a confession on something he did not do.

“I was surprised to hear Zanele saying I had a short. Zanele told me to write a report on what really transpired on this day,” he said. “And I wrote all that happened on that night in question, but to my surprise after she perused my report she rejected what I had written and told me to write what she wanted,” he added.

Zanele said Nkomo was fired for having fake receipts.

“We had a problem of fake notes with him although some of his colleagues were also tricked in the same way so we find it difficult to keep on trusting him. He also proved to be dishonest by failing to stick to his story,” she said.

Begging, an alternative for suffering Citizens

Domestic violence, when the tide turns

Domestic violence, when the tide turns