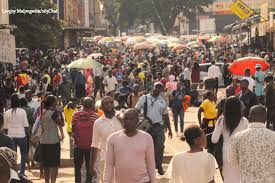 Many families are now drowning in poverty as prices of basic commodities continue skyrocketing against stagnant incomes, piercing holes into the government rhetoric that Zimbabwe is now a middle-income economy.

The economic situation is revealing the sad truth that of the few who are still formally employed are being paid slave wages, while the above 80% unemployed are beginning to lose hope about the future and faith in President Emmerson Mnangagwa’s administration.

Basic goods prices have gone up significantly across the country in the past few days following the continuous fuel hikes and this has affected the lives of the low income citizens.

Many people told ZimSentinel that the price increases have become unbearable as they are now failing to afford feeding their families.

“The situation has greatly affected us.  As a jobless single woman, I am now failing to feed my children as I used to do, because the money I have can’t even buy chunks.” Lucia Madombwe said.

Citizens also revealed that even those who used to sell all kinds of meat, that of poor quality at reasonable prices are now charging high prices, which poor families cannot afford.

“I used to buy chicken skins for supper with my dollar, but now things have changed. I no longer afford buying those skins as they now goes for $4, so every day we eat vegetable which I buy 50cents a little bundle with 5 leafs,” said  a Granary resident, Chipo Chase

The price increases have resulted in many families only affording to have one meal per day, which is not healthy for them.

“We now are having food once per day. We only eat sadza during the night and during the day we do not eat anything. My kids are now used to it, they know I can’t afford.”

Citizens are urging the government to help ease the situation. They also asked for donors to chip in and assist with food hand-outs so that they can live decent lives.