Battling a pandemic and the worst economic crisis in a decade, residents of Epworth, a town south-east of Zimbabwe’s capital Harare find themselves saddled with yet another challenge.

Like in most of Zimbabwe’s urban areas, water has become a scarce resource in the poor settlement, forcing locals to trek to unsafe wells to collect the precious liquid.

With an estimated population of 152,000, according to the 2012 census, Epworth lags behind in terms of the provision of basic services such as roads, clean water, and sewer systems.

Without access to tap water, residents rely on wells, which are unsustainable and usually dry up during the dry season, leaving them in an unbearable predicament.

The acute shortages of the precious commodity have caused untold suffering to women and children – who are usually the primary drawers of water for household consumption.

Speaking about the impending water crisis in Epworth, a Media Centre resident news anchor Sarah Njanji told ZimSentinel publication that the situation in the area is not getting any better and people are now resorting to unconventional water sources as a means of survival.

“These water shortages are making us travel long distances to come and fetch at this unsafe dam. Every Wednesday and Saturday Madzibaba Biggie from Johanne Masowe Church at Goshen Ward 6 comes with his engine to drain water from the dam. He helps people by his pump for free but this water is not safe to use especially when the nation is still in the fight with Covid-19”

So dire is the situation that many people are now drinking water from unprotected sources, posing a health risk that leads to outbreaks of water-borne diseases such as cholera and dysentery.

Faced with water challenges and with no other alternatives, an unlikely place is now providing relief to the struggling residents – a disused pool from an abandoned quarry mine.

The pool, known as the ‘Pool of Death’ by locals due to the number of lives that have perished in it, has since become the primary source of water for residents of Epworth and other surrounding areas.

According to local estimates, hundreds of people have died in the pool by accidentally drowning, by committing suicides, or by being murdered and then dumped into the pool.

Despite the fact that the pool has claimed many lives over the years, it has become a lifeline for the water-starved residents.

With containers in their hands or in wheelbarrows, every morning, groups of women, some with young children strapped in their backs, troop to the pool to fetch water or to do laundry. 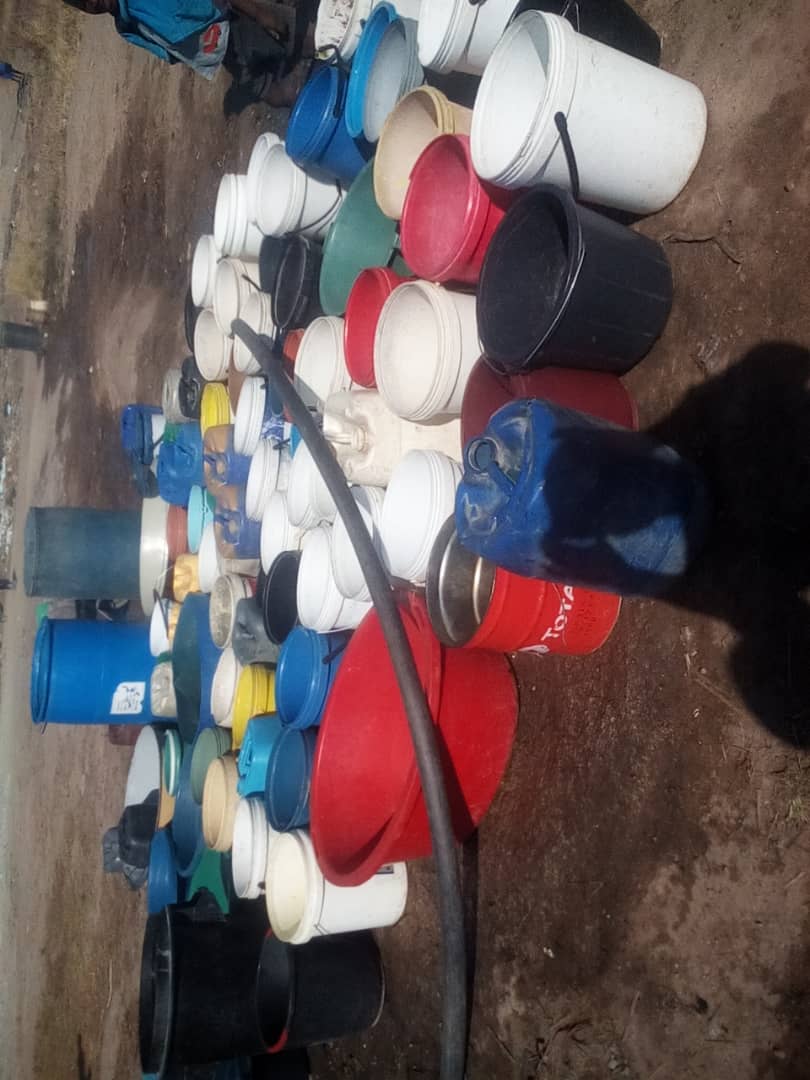 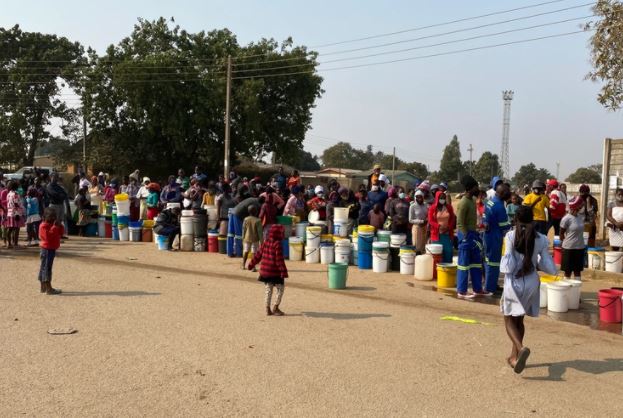 With huge numbers of people crowding at the dam, implementing social distancing becomes almost impossible.
Residents also increase their risk of exposure to the coronavirus each time they venture outside their homes to collect water from community boreholes or at the dam.

Water woes are not affecting Epworth residents alone. An economic crisis stretching for over two decades has seen a collapse of Zimbabwe’s water infrastructure due to a lack of expansion to match a growing urban population.

The acute water shortages have also been worsened by one of the worst droughts to hit Zimbabwe in years.

The situation is desperate, as is evidenced by severe water rationing in Harare, and the recent outbreak of water-borne diseases in the second largest city Bulawayo.

While efforts have been made to avail water to more urban communities through the drilling of boreholes around the country, the boreholes are not enough to meet the growing demand.