CoronaVirus Outbreak and Africa, Fallacy of Othering Others Already Othered With You 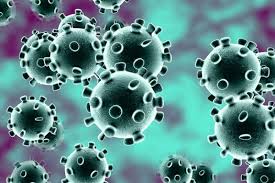 How you think of yourself is always about personal standards, values and even assumptions.  Most often from the standpoint of comparison with someone else or the ‘other’.  This is probably the same when it comes to nationalities, ethnicity and/or racial identity. All probably backed up by extensive academic fields such as anthropology, social psychology, literature or post-colonial studies among others.  Together with their underpinning Hegelian philosophies.  For people in the global south this therefore is always something somewhat sensitive.  Both in its individual as well as collective sense.  And in the immediate factual historicity of colonialism. Be it as experienced in Asia, Africa, Australia and even more long duree in South America.

In this, the considerations of the other, also points to ‘discovery’ of not only material wealth but new animal and plant species as well as diseases such as malaria.  All viewed from the perspective of the enlightened explorer who, if they survive, will eventually embellish the tale of what they encountered in the nether regions where the ‘others’ would exist.  Thus enabling further visits and discoveries together with their relatively fictional narratives.  As told from their own standpoint. (‘Heart of Darkness’ anyone?)

Of course the assumption is that all of this should have ended with the political and economic struggles that liberated not only ‘the other’ but also their physical territories. But regrettably reality and perception refused to meet.

Unfortunately, while great efforts at a global understanding and practice of human equality has been done, there is always those that would define themselves as exceptional. Not only historically (which includes hanging on to the long lost grandeur of colonial empire) but with regards to newfound enthusiasm for nationalist gate-keeping in an age of not only economic globalization but ongoing global struggles to enhance human equality and eradicate racism.

Africans are all too familiar with what it means to be ‘othered’ where it comes to being the source of many a potential global health malady/ pandemic The most recent being that of the ‘Ebola’ virus.  Global media stories while telling the factual truth of the tragic loss of African lives are not immune from embellishment.  Or the usual bias in coverage of nationalities that die versus those from their own countries for not only profitable reasons but also a default othering.  Some deaths are always more important than others.

So when the World Health Organisation (WHO) declares the Corona virus outbreak as a global health emergency as is now the case, some of us would have surprised at the fact that the virus has not been linked in its origin to the African continent.  But even then, that does not make it in any way a palatable fact because it happened elsewhere. This is a global crisis. Full-stop.

But regrettably it was an opportunity for some people world over to make racist and dehumanizing statements on social media concerning where the Corona virus was first detected. This being in the Chinese city of Wuhan.  And the social media videos which are without doubt cast in racist stereotype went viral globally.

And of course, some Africans not wanting to be left out, ironically joined in on these unpalatable racist tropes. I have referred to it as ‘ironic’ because it is exactly that.  The othered trying to other those already othered in similar historical fashion.  Almost like an Orientalist’s dream come true where the victim behaves like the perpetrator.

While one can argue that this is caused by what would be a natural fear of death, that argument alone does not begin to justify racist commentary and attitudes toward the outbreak of a virus that affects all humans.

It all comes back full circle to who we as Africans may unwittingly most want to be identified with.  Even though we regularly face direct and indirect cultural rejection.  Or to subconsciously assume that while we may not be wholly accepted, we would at least be better than those that too would be othered anyway. Even if the corona virus outbreak had not happened.

Or to mix African geo-politics as played out by a scramble for its resources as a reason to want to politicize a clearly global health crisis. And again fall into the same trap of assuming a false proximity to the un-othered.

As advised by the WHO and emphasized by many progressive international organizations involved in global health, the gravity of the situation with the Corona virus outbreak cannot be understated.  What it definitely does not require are racist references that spread not only hate and fear but a return to a repressive past.