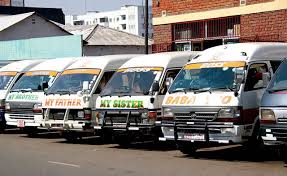 A commuter omnibus driver Elias Chitambo, said they have increased fares as a way of cushioning against inflation.

“We are now charging between 6 and 7 dollars from the city to Budiriro because our employers will be on our heels,” Chitambo said.

Aaron Samakande a tout accused police of fueling fare increase because of their corrupt tendencies.

“We are now charging $5 from Kuwadzana to city and this is caused by corrupt police officers who take bribes from drivers who operate without all the required papers. The fare will cater for fuel, spares as well as the bribes,” said Samakande.

Despite the increase in prices the precious commodity remains elusive as long winding queues continue to be the order of the day at service stations.

A conductor, Donny Murehwa, who claimed to be a recent Great Zimbabwe University economics graduate said: “The economic situation in Zimbabwe remains bleak, everything is just upside down and this continuous fuel price increase and queuing shows uncertainty of future in Zimbabwe,” he said.

Margret Kaseke a vendor said: “I was surprised to hear that fares to Mbare have increased and what it means is that I will increase prices of tomatoes and other produce that I sell.”

This is the seventh time in a space of eight months that fuel prices have increased. Early this year, violence erupted after President Emmerson Mnangagwa announced a 150% fuel price hike that left more than ten people dead and several injured.