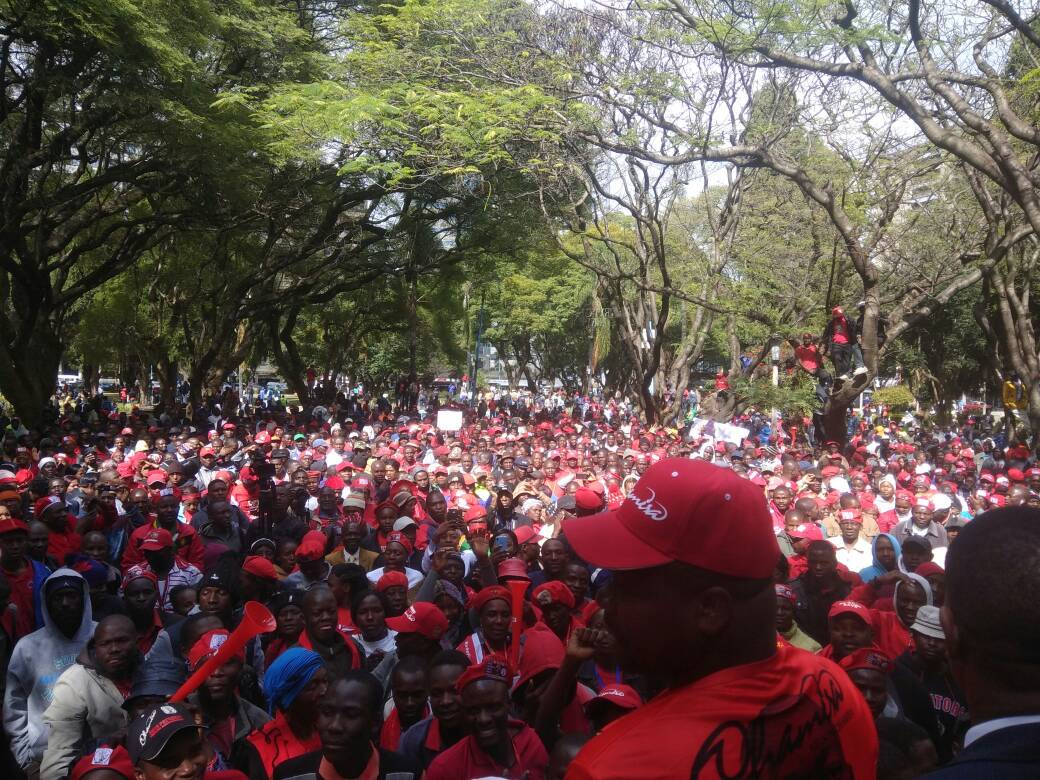 Yesterday’s MDC organised march in push for reforms could not have come at an appropriate time. With Zimbabwe almost heading for another sham election.  With observer missions trooping onto the country and with the imperative for salvaging the country from the scourge of electoral authoritarianism, there is need for a concerted push for electoral reforms that guarantee free and fair elections. This is so considering how many within Zimbabwe and outside the country’s borders have been made to believe that Zimbabwe is set to hold peaceful, free, fair elections on July 31 this year. This, in effect, is not the case. The country’s electoral framework and the general political environment continue to be heavily flawed for the holding of free credible, democratic elections.  While ZANU PF claims that Zimbabwe is undergoing the most peaceful pre-election period in recent history, this is not necessarily the case. What we are having is an artificial, window-dressing peace. As the ZANU PF claim points to, past electoral episodes have been characterised by violence and impunity. The elections of 2000, 2002 and 2008 are among cases in point. Cases of murder, rape, maim and other acts of premeditated violence and systematic intimidation that characterised these elections left Zimbabwe under a cloud of fear that does not augur for the holding of free, fair, credible elections. It is in this vein that the fear factor has been aptly observed to be among key determinants of the outcome of the anticipated election.

Being bent on harvesting on fear, the incumbent government has not headed constitutionally backed calls for a comprehensive national peace and healing process that helps in assuaging the prevailing state of fear and intimidation among a significant part of the voting population. This, compounded by reports of military deployment around the country’s outlying villages militates against the holding of free and fair elections. As if this is not enough a blemish on the country’s electoral environment, the election’s administrative and logistical infrastructure continues to be heavily flawed. While the establishment and those intimately connected to it have spiritedly denied the military capture of the Zimbabwe Electoral Commission (ZEC), what is apparent is that processes relating to its electoral management are far less than open and transparent. Secrecy surrounding needly open processes such as the compilation of the voters’ roll, the custodianship of voter registration data and the printing of ballot papers is, with all due respect, suspect.

As if to let the cat out of the bag, the election date was proclaimed before the voters’ roll was made available, even to contesting political parties. The nomination courts are set to sit in a few days’ time, yet the roll is still not to be seen. These are among some of the flaws that the recently passed Electoral Amendment Act must have addressed. However, in typical window-dressing fashion, the law was hushed through Parliament with opposition parliamentarians screaming. Some may have entertained the idea that mugabeism is a bygone era. They could have been wrong. The monster is up for perfection. Election authoritarianism could be here for more time to come. Yesterday’s march is the first bold step to confront a competitive authoritarian electoral regime that ZANU PF is determined to preserve.  Bolder, consistent steps must follow.

If the MDC is to be an opposition with effect, it has no option but to confront the monster head on. Anything away from this may as well result in a scenario in which the MDC degenerates into a cold formalism in bent on mediating authoritarianism.