Citizens register distress on the state of the economy 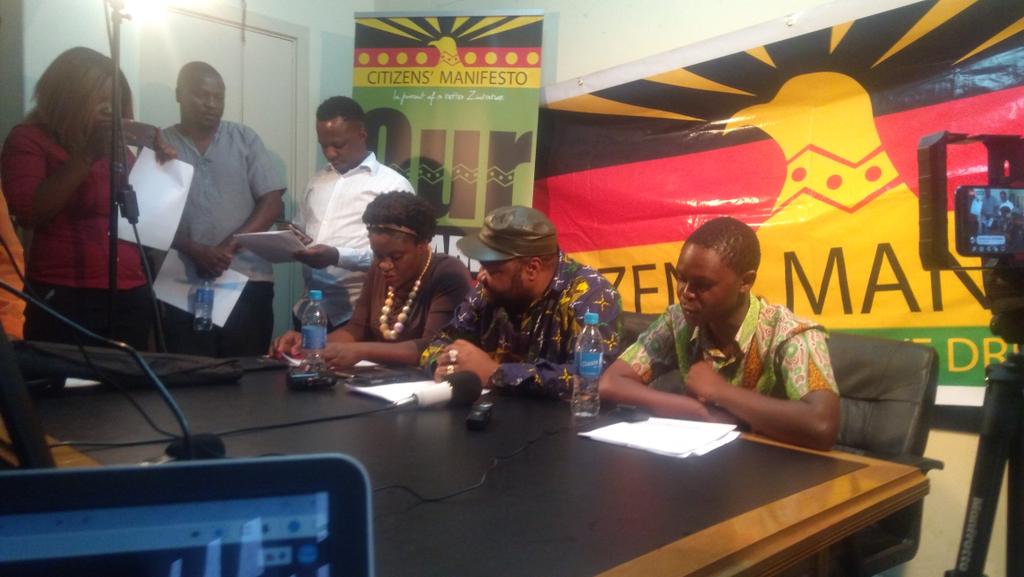 Citizens denounce the rampant corruption, ineptitude, general mismanagement of the economy by the government. It is time to bring relief to the unbearable pain and suffering that citizens are going through and foster inclusive, democratic and participatory development.

Addressing the Media in Harare, Citizen Cabinet Convener Briggs Bomba said, “the core driving forces behind the current macroeconomic instability in the country and the resultant runaway loss of value in bond notes and RTGS balance is lack of independence and transparency by the Reserve Bank of Zimbabwe, especially with regards to management of foreign currency”

We therefore implore the government to maintain all savings and pensions in US dollars because they were earned in US dollars.

The government recent introduction of a 2% electronic transaction tax comes top of other taxes such as the 5% Health Fund Levy. We therefore call for a full audit of the entire government debt with full details on how the money was spent especially the debt related to the issuing of Treasury Bills said Bomba.

There is an urgent need for priority support in terms of foreign currency allocation and subsidies to the health service providers including pharmaceuticals playing a key role in the supply of drugs. Citizen’s lives have been put at risk because of the runaway price increases in drugs and healthcare related fees.

The citizens’ cabinet will among other things interact and engage with the Zimbabwe’s Cabinet in promoting public accountability by tracking government ministries performance and also proffering alternative policy formulation. We shall draw on the expertise of Zimbabweans at home and in the diaspora and sustain consultations on the most pressing challenges confronting citizens and we will be boldly advancing people centred solutions with fear or favour.