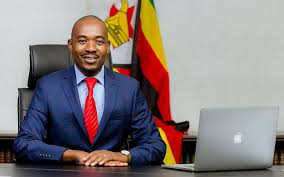 MDC standing committee has postponed the party’s 20th anniversary celebrations that were to be held at Rufaro Stadium in the capital on Saturday to pave way for the mourning of former President Robert Mugabe who passed on Friday last week in Singapore.

The MDC had planned to hold its 20th celebrations as it continues to pile on pressure on President Emmerson Mnangagwa to the negotiating table to find a political solution to the country’s deepening socio-economic crisis. MDC continues to argue that Mnangagwa did not win freely and fairly last July presidential elections.

MDC leader Nelson Chamisa confirmed the postponement of the celebrations soon after his party’s leaders meeting.

“We have postponed our celebrations to give Zimbabweans time to mourn former President Mugabe. Our celebrations have been moved to September 28,” Chamisa said.