by zimsentinel
in Economy, Opinion
0 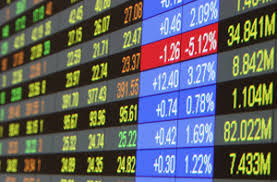 As they say, it’s only when the tide runs out that you discover who has been swimming naked. The RBZ last week decided to finally remove all reigns on the exchange rate and immediately the banks started quoting various rates. Strangely though, despite quoting rates, they are not actually doing transactions. Okay perhaps just a few with their favoured clients.

Apparently what was happening is the banks were lending out depositors’ funds to people who in turn were buying forex. So this, among other things, is what was pushing up the rate. Now the depositors are coming to say they want their money so they can buy forex, and the banks are coming up with all sorts of excuses as to why they cannot buy forex for them, the main one being that they have not received money from RBZ! Yet they are now supposed to be buying from whoever will sell, and selling to whoever will buy in the market.

So the reason why the interbank market is not working is because the banks do not want to – or rather cannot – make it work. The RTGS money simply isn’t there in their accounts, hence they are not able to buy the forex for their customers. So in order to cover up their nakedness they are now coming up with all sorts of excuses, including peddling the lie that the parallel market rate will continue shooting, when in fact that rate is now a bubble about to burst.

One bank even had the audacity to tell their client, who had RTGS deposits sitting in the bank, that they could buy the forex for the client, but the client had to transfer in other RTGS money from another bank for that purchase! So expect to see another round of banks going belly-up soon…